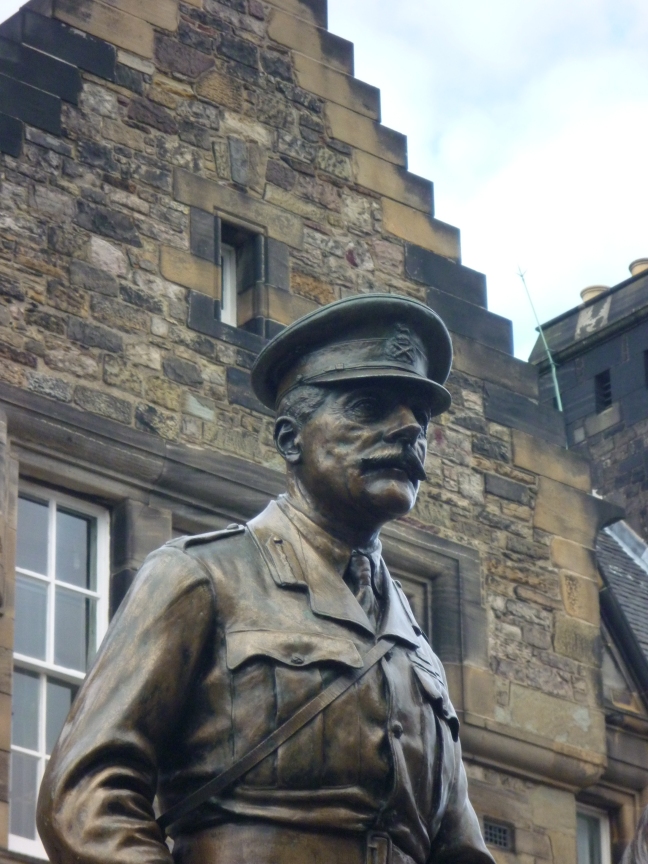 That history is written by the victors is self-evidently true.  So what should we say about the deeply troubling row over the removal of statues commemorating Confederate leaders in the US?

After all, these are not the first leaders of losing sides to have been publicly dismantled – Saddam Hussein, Gaddafi, Lenin (in places), and Ceausescu. And previously unmentionable figures – even those once described as terrorists – have come in from the cold to find plinths and podiums to adorn.  The statue of Nelson Mandela in Parliament Square is a striking example.

And history writers often are seen to display some nous, a sense of just how far things can be pushed. The final verse of “God Save The Queen” is avoided, for example.  And in the cathedral of Santiago de Compostella, a statue of Santiago’s most bloody acts is modestly curtained for fear of offending modern sensibilities (and is well described in George Quinn’s most readable blog).

So what the truly awful debacle in Charlottesville must surely tell us is that the struggle between the ideas of and feelings within the Union and those of the Confederacy that generated so much spilt blood in the four year US civil war is simply not over.

This view is reinforced by three things – first, that “removal” campaigns are running across the US, including in the capitol. Second, that many of the offending icons were constructed some years, in some cases decades, after the end of the war in 1865. And third, the striking image of “Black Lives Matter” painted over the engraved dedication to “The Confederate Defenders of Fort Sumter”, taken in 2015 but widely circulated (again) this week.

It’s neither wholly true but certainly not inaccurate to say racial politics is at the heart of this. That this is unfinished business in the US hardly needs saying.  But events of the last week have shocked and surprised many by how open and raw that issue is, and how divisive the actions of the President continue to be.

There is a credible argument against disposing of historic monuments to fit in with the current public mood or changing values: It is that these relics commemorate things that actually happened, things that make up a shared history that should not be rewritten, airbrushed or deleted.

I accept this line – up to a point.  My own personal contender for public anonymity is General Haig – the Allied director of operations in World War One. Sent hundreds of thousands of people “over the top” and to their deaths. No way should this person be commemorated still less celebrated, as he is in statues in Edinburgh and London. And I am sure anyone reading this can come up with their own list.

But even if you accept my argument, Haig was pursuing a policy on behalf of the state which was victorious in the conflict in question, and has a direct and unbroken lineage to the present time. It is not in the same league as, say, Robert E Lee – whatever his personal or military qualities, he represents a state that in effect no longer exists, that has been replaced with a hugely different political and racial demography. It is inevitable that icons from the old Confederacy will be critically challenged.

So perhaps as well as observing that history is written by the victorious, we should also remember that the past is a foreign country – they do things differently there.